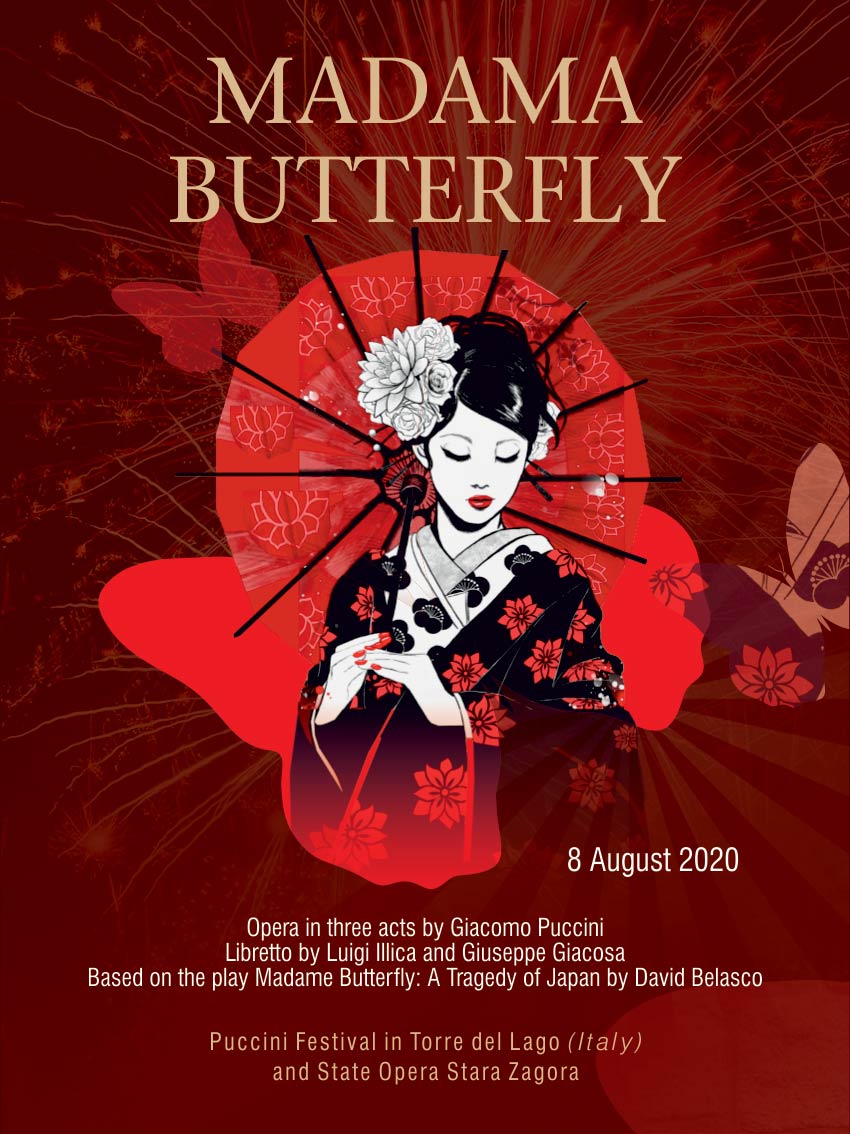 Opera in three acts by Giacomo Puccini
Libretto by Luigi Illica and Giuseppe Giacosa
Based on the play Madame Butterfly: A Tragedy of Japan by David Belasco

Puccini was fascinated by the story in David Belasco’s play of the same name, and devoted years to composing and staging the drama of Madame Butterfly. While composing the opera, the wife of the Japanese ambassador to Italy helped him by singing Japanese folklore songs and introducing the culture of Japan. Puccini even sent one of his librettists, Luigi Illica, to get a first-hand impressions and knowledge of the Japanese culture.
The premiere was on 17 February 1904 at Teatro alla Scala in Milan. Later the opera underwent no less than six revisions.
With its compelling music and heart-breaking story of a geisha, abandoned by her lover, Puccini’s Madame Butterfly is one of the most popular operas of all time and a staple of the operatic repertoire around the world.

Puccini Festival in Torre del Lago (Italy)
The Festival Puccini (Puccini Festival) is an annual summer opera festival held in July and August to present the operas of the famous Italian composer Giacomo Puccini.
The Festival is located in Torre del Lago, Italy, a town located between Lago di Massaciuccoli and the Tyrrhenian Sea, 4 kilometres from the beaches of Viareggio on the Tuscan Riviera and 18 kilometres from Pisa and Lucca, Puccini’s birthplace.
The Puccini Festival Foundation awards annual prizes for the best interpretation of Puccini’s opera, which is among the most prestigious awards in opera world.