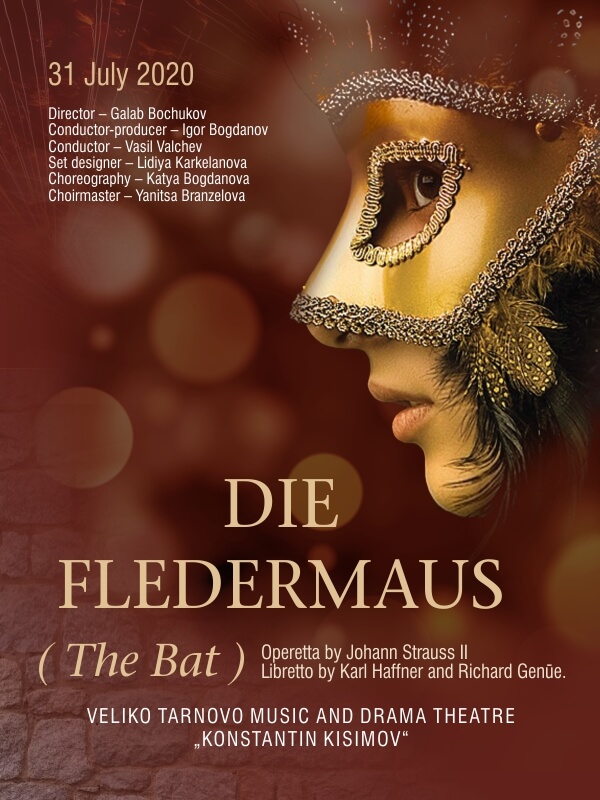 Johann Strauss II had already built his reputation as the King of Waltz when he wrote his operetta Die Fledermaus (The Bat). By that time Strauss had composed over 500 waltzes, polkas, quadrilles, and other types of dance music, including one of the most famous classical music pieces ever – On the Beautiful Blue Danube (An der schönen, blauen Donau).
“The Bat” is a classic operetta with a lot of dance, bright emotions, love passions and family twist, revealed against the backdrop of the beautiful melodies of waltz, polka and quadrille. The plot intertwines comic situations caused by love and jealousy that challenge the marital fidelity. The melodramatic and comedy style, combined with irony and subtle humour, the beautiful Strauss music, which sparkles like champagne, create a feeling of celebration, lightness and harmony.
The operetta premiered on 5 April 1874 at the Theater an der Wien in Vienna and has been part of the regular repertoire ever since.