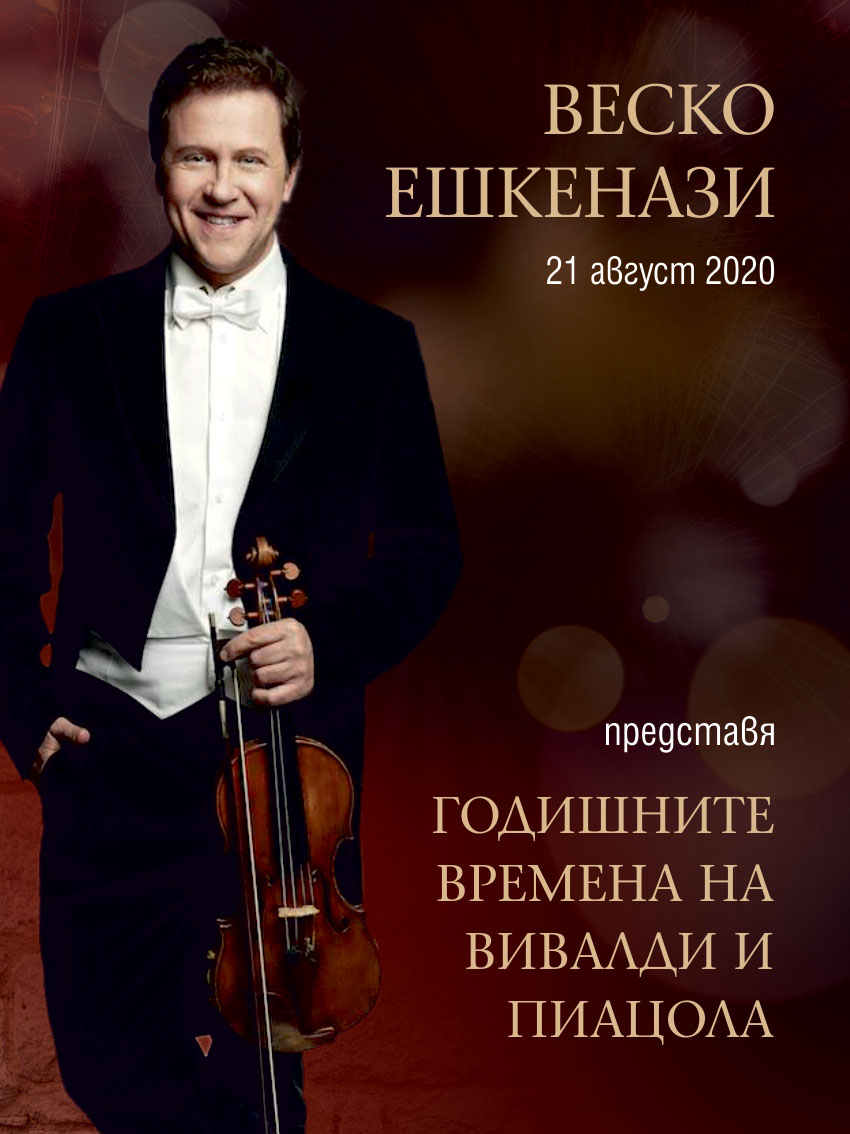 Vesko Eshkenazi will present the Seasons of Vivaldi and Piazzolla during this year’s edition of the Scene of the Centuries Festival – Veliko Tarnovo.
The concert of the great musician, together with the Pleven Philharmonic Orchestra is on August 2️1 at 9 pm at the Tsarevets Fortress.
The prominent Bulgarian violinist will perform the remarkable musical cycles “The Four Seasons” by Antonio Vivaldi and “Four Seasons” by Astor Piazzolla. Vivaldi and Piazzolla – bright representatives of different musical cultures give us two different versions of the same theme. Music written in the early 18th century in Italy – exquisite and poetic, which tells of nature, as well as music of passions, light and darkness, love and hate, created in the middle of the 20th century in Argentina.
Tickets at https://www.eventim.bg/bg/bileti/vesko-eshkenazi-sviri-godishnite-vremena-veliko-trnovo-krepost-carevec-554441/event.html and in the tourist information centers on Hristo Botev Str. № 5 and on Tsar Asen I Square in Veliko Tarnovo.